News Updates for the Week of November 18 - Energy Watch News

News Updates for the Week of November 18 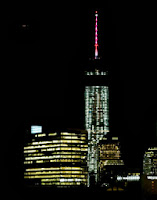 1.      Hundreds of LED Lights Illuminate NYC’s 1 World Trade Center Spire – Hundreds of red, white and blue LED modules are illuminating lower Manhattan as officials test the lights atop 1 World Trade Center. The port authority of New York and New Jersey said Friday the beacon is packed with nearly 300 modules and their glow can be seen for up to 50 miles. The beacon and spire together stand 408 feet tall and bring the building, formerly called the Freedom Tower, to its symbolic height of 1,776 feetand is deemed the nation’s tallest building. 11/08 AP
2.      Con Ed 2012 Rates Highest of Any Major US Utility – Con Ed’s 2.1 million residential customers in New York City and Westchester County paid an average of 25.65 cents per kilowatt hour in 2012, the data released Friday by the U.S. Energy Information Administration. That’s more than twice the national average price of 11.88 cents per kilowatt hour. Con Ed said in a statement that more than 25 percent of the bill consists of government-imposed taxes and fees. Long Island Power Authority customers also paid some of the country’s highest rates at 19.03 cents per kilowatt hour last year.11/12 AP
3.      Status of the LED Industry 2013 – Growth of the LED industry has come initially from the small display application and has been driven forward by the LCD display application. In 2012, General Lighting has surpassed all other applications, representing nearly 39% of total revenue of packaged LEDs. Indeed, the LED TV crisis of 2011 (following an overestimation of the market) had the benefit of decreasing LED prices and intensifying the competitive environment. As a matter of fact, LED-based lighting product prices have decreased more rapidly than expected, increasing the penetration rate of the technology. Yole Développement estimates packaged LED will reach a market size of $13.9B in 2013 and will peak to $16B by 2018. Growth will be driven mainly by General Lighting applications (45% to 65% of total revenue during this period), completed by display applications. http://www.researchandmarkets.com/publication/m9qh8qc/status_of_the_led_industry_2013
4.      Philips On ‘The Future of Light’ – Based upon expert interviews and more than 50 case studies, the report summarizes 12 trends which have been grouped into four themes showing the way lighting can be used to create experiences, tell stories, convey information and promote wellness. The PSFK report highlights projects which collectively demonstrate the numerous benefits of light, ranging from healthy sleep patterns and feelings of safety, through to macro issues, including the readdress of resource scarcity and climate change. http://electricalcontractor.com/?p=11760
5.      Christmas Lights Are Going Green– The shift is showing up at stores, which are selling more of the efficient LED lights. Wal-Mart is devoting half of its shelf space for Christmas lights to LEDs and offering a string of 50 mini LED lights for $5, down from $6.30 last year.  Costco is selling no incandescent Christmas lights at all.General Electric, which has peddled holiday lighting for more than a century, expects that two out of every five strings of lights sold this year will be LEDs. 11/11 The Kansas City Star

6.      Osram LEDs to Light The Sistine Chapel’s Michelangelo Frescoes – The project, involving custom-designed fixtures optimized for beam control and with a color spectrum that will highlight the pigmentation in the frescoes, will be completed next year, although a pilot project entitled LED4Art has already proven the concept. LED-based lighting will enable higher illuminance levels on iconic artwork in famed Rome cathedral while preserving the historically-significant work and utilizing 60% less energy. http://ledsmagazine.com/news/10/11/7
7.      tED Magazine Prepares to Celebrate Its 50th Anniversary – In 2014, tED magazine will celebrate its 50th anniversary. Each month, the magazine will have a special feature looking back on 50 years of bringing you news about electrical distribution industry. http://www.tedmag.com
8.      MaxLite Launches Mobile Website – To meet the rapidly changing needs of customers and other lighting professionals that work in the field, MaxLite® has launched an easy-to-navigate mobile website that dynamically displays data sheets, images and information from the company’s extensive product library for use with any type of smartphone. Rather than using downloads, the website will provide information dynamically and instantaneously. MaxLite’s mobile website is updated daily with new product and application images, specification information, promotions and other corporate information that is vital to its distributors, specifiers and sales representatives. View the mobile website from your personal computer at http://m.maxlite.com 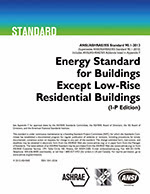 The MaxLite Innovative Troffer Retrofit kit offers an economical solution to upgrade existing fixtures to LED technology and can be retrofitted into the most existing troffers in less than 15 minutes. Optional trim lends a clean aesthetic to the installed fixture. Product features include: Quick installation in existing luminaires without the need to break the ceiling plenum.